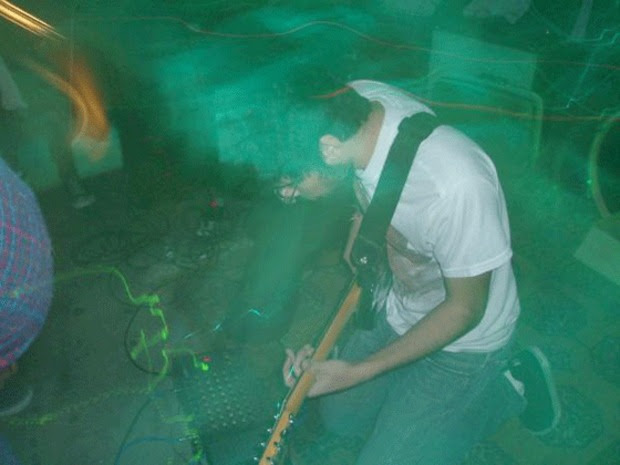 Can you introduce yourself?

My name is Kevin Greenspon. I'm 22 years old and I live in City of Industry, CA, where I run a small record label and play various kinds of music under my given name.

Definitely pop music, anything catchy or melodic. I listen to and enjoy all kinds of songs on the radio and Top 40 charts just as much as underground and DIY album releases and everything in between.

How would you describe your work?

While I suppose most of my music falls under the "experimental" umbrella, there's a heavy emphasis on melody and songwriting. Blending those with elements from all kinds of music and noise/sound genres is something that greatly interests me. The main focus of this project is to express myself by writing actual recognizable songs that I can perform live just like any band plays their songs. I also write and record more traditional pop songs, but the point remains that I don't want to limit myself to any particular method.

Tell me about Bridgetown Records? Who's at the origin of the label?

Bridgetown Records is a small label that I use to release music that my friends and I make. I handle everything myself and try to run it as personal as possible since I feel most of the music is very personal as well. Diversity, quality, and value are the three most important parts. Simply put, I strive to release good music of all kinds in a very presentable manner for a fair price.

Last Summer, my friend Matt that I've known for a few years from the shows he books in Long Beach started a new band called BYODeath and showed me some songs that blew me away. They're extremely catchy pop punk songs with tons of little melodies in the background that draw you in. I just released their first album on cassette + download and am very excited about sharing it with the world.

What's the best gig you've recently been to?

This is very tough! I go to several shows a week and after a while it's not easy to keep track since it's such an overload of incredible people and music. Some live performance highlights from the past year include Work / Death, Terrors, Human Hands, Weed Diamond, Little Teeth, John Thill, Ancient Crux. The list goes on, but that's definitely a good start.

Peer to Peer vs. iTunes? What's the deal?

While I don't mind listening to MP3s for the most part, I'm not too keen on either of these. I've only used the iTunes Store once because I got a gift card, but I didn't use it all up. They do email me every year to remind me to use it though. This whole "torrent" thing is even more unfamiliar to me. Having thousands of folders of music just doesn't seem practical to me. I can't see how anyone can listen to it all, let alone take some time to enjoy it when a dozen albums are downloaded daily and there's still nothing to hold and look at in the end.

What do you think about that thing called "Chill Wave"? Do you feel part of it?

I actually just saw this term used for the first time very recently and don't really understand what it's trying to convey, so I feel no connection with it. Lately there's been a surge of new terms for the pop music made by bedroom recording artists, but this has been going on for years and I think these new "genres" will fade out when something new surfaces.